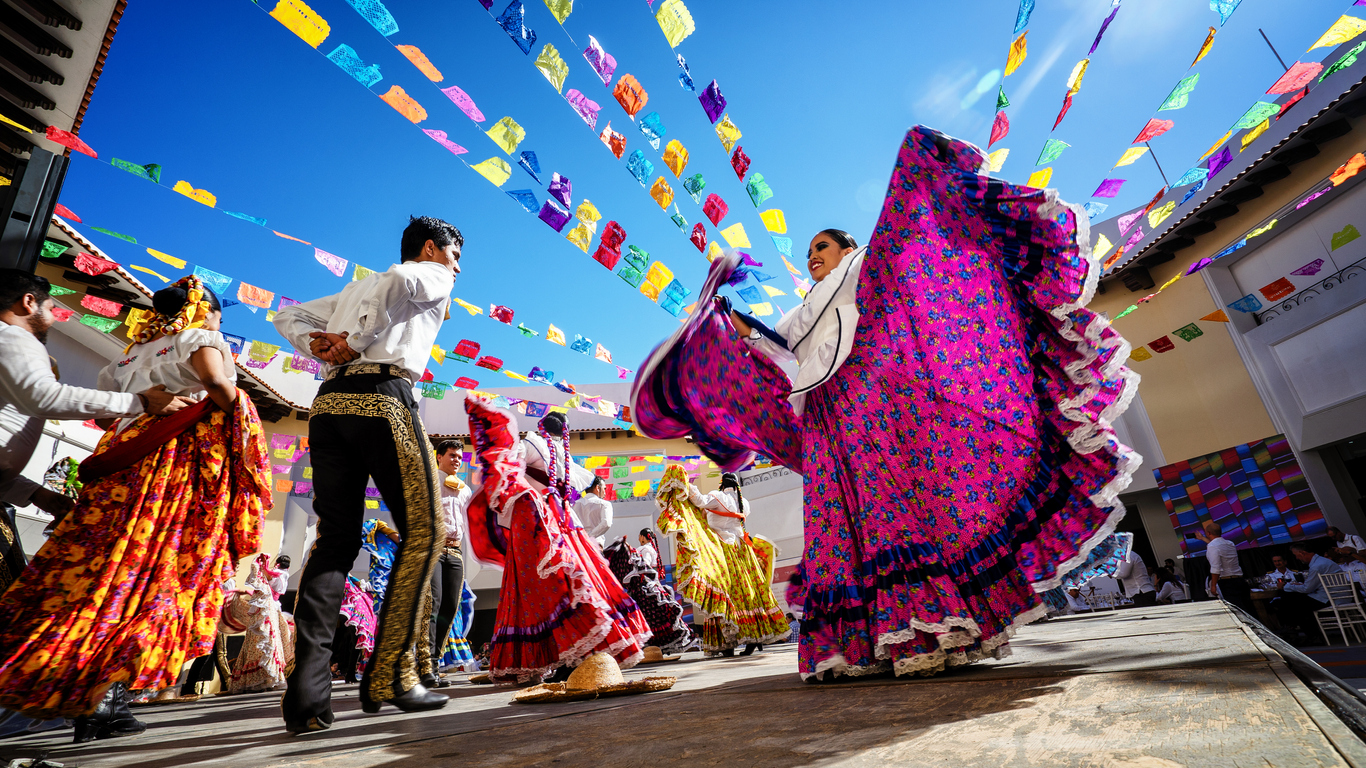 As fun as the festivities surrounding this holiday are, it’s essential to understand what Cinco de Mayo is truly about to discover the best ways to commemorate and honor Mexico.

Cinco de Mayo, or El Día de la Batalla de Puebla (The Day of the Battle of Puebla), celebrates the day in 1862 when Mexico defeated France in the Franco-Mexican War. Mexico was the outnumbered underdog against Napoleon’s army but rose to glory against all odds.

While the United States celebrates the holiday more widely than in Mexico, what better way to show appreciation for Mexican heritage and culture than by enjoying the anniversary of this glorious day in the country where it originated. Plus, Mexico is one of the few places U.S. citizens can currently travel without proof of a COVID-negative test or quarantine restrictions.

Create an exclusive Cinco de Mayo experience this year and charter a private jet to one of these top festive locations. We guarantee a fresh margarita in hand even before you take off.

1. Puebla – Experience Cinco de Mayo in the city where it all started and one of the only Mexican cities to fully recognize the day as a major holiday. Typically, about one million people visit Puebla for its 20-day festival, including an array of lively concerts, riveting bullfights, colorfully dressed dancers and reenactments of the Battle of Puebla. Flights to this region book fast!

2. Riviera Maya – Situated on the Northeastern end of the Yucatán Peninsula, Riviera Maya is known for being less-populated and more laid back than its northern Cancun neighbor. Here you will have the opportunity to experience a more local vibe and culture of Mexico. Riviera Maya is home to the yogic community of Tulum and many Mayan architectural sites and ruins. For a more relaxed trip enjoying the beauty of the surrounding rainforests, a private villa in paradise, like the Viceroy Riviera Maya, can complete your trip.

3. Los Cabos – Typically known for its nightlife and sandy beaches, Los Cabos also has a long and storied history, reflected in the many trails of native mural paintings throughout the Baja area. Los Cabos is the perfect way to combine history with luxury. Enjoy an inspiring art walk in the San Jose del Cabo Art District or join the Los Cabos Mexican Grill and Cantina for its annual Cinco de Mayo block party. Private resorts such as Cuvee boast more intimate nights of tapas and dancing and expert-hosted Mezcal tastings.

4. San Diego, CA – A trip to one of the closest U.S. cities to the Mexican border will leave you feeling like you are there. San Diego, California, has one of the largest Mexican-American populations and was the first Spanish settlement on the West Coast of the U.S. Every year, the city hosts its Fiesta Old Town Cinco de Mayo celebration at Old Town San Diego Historic Park. This fiesta is known for its to-die-for Mexican food and musical acts line the streets. Previous years have also included folk dancing and Mexican Wrestling events.

No matter how or where you decide to celebrate Cinco de Mayo this year, be sure to show your appreciation for Mexican culture as part of the festivities.